Valparaiso was a dream, the slow and hazy kind, half-remembered except for vivid pops of color that linger behind your eyes after looking into the sun.  The tempo was slower than in Santiago, but the vibe was deeper and brighter.  I sensed more- the late morning sun heating the day, the graffiti lining the alleys I walked, the ocean’s scent wafting up the hill, the sound of silence in the pedestrian walkway I ambled through.

I had struggled to slow down and relax in the bustling city atmosphere of Santiago, but in Valparaiso unhurried was the way to be.  On my first morning, I lingered in a café drinking juice and simply enjoying the view from the open window: brightly colored houses and buildings lining the hillside, ships in the port below, and the shimmering of the ocean beyond.  This time, I didn’t rush to check in to my hostel, I simply meandered the streets until I felt ready.  I found myself in a small square that overlooked the Pacific Ocean; hello there.  The Pacific and I had met for the first time about six months earlier when I had spent a day driving along the Oregon coast.  That was before I started planning my South American trip, before I knew I would be moving to Portland.  As I paused in Valparaiso, admiring the view of the ocean, I thought of how I would soon be living about an hour’s drive from the same water, just some 6,000 miles north.  You and I are going to become friends, I thought. 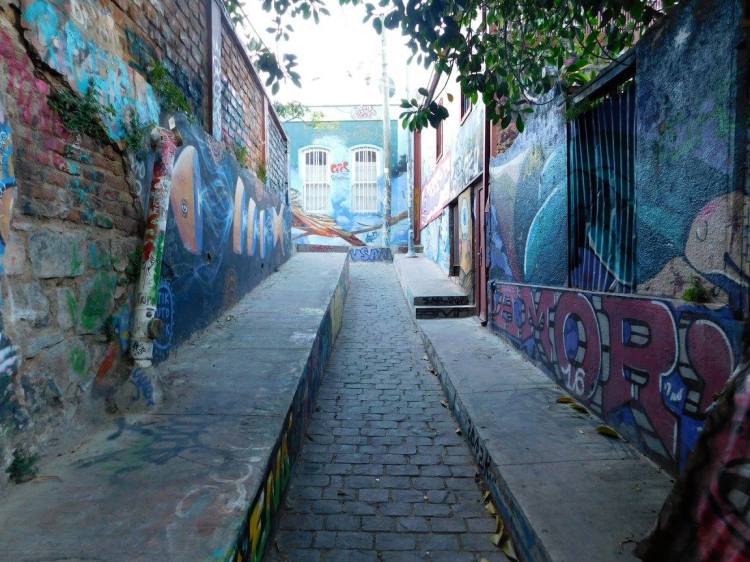 After finally checking in to my hostel, I made it down to Plaza Sotomayor in time for the afternoon Wally walking tour.  If I had learned anything in Santiago from all the tours I went on, it was that they provide a good starting point for learning the layout of a city.  This one didn’t disappoint!  We ventured from the harbor on trolleybuses and ascensors (funiculars) up the hillsides in Valparaiso.  Our guide explained the immigrant history of the city; people arriving from different European countries settled in the city and established their own hillside communities with churches, schools, and other cultural institutions.  Today, those neighborhoods are known as Zonas Tipicas, or National Historic Districts, and still carry elements of their origins.  For example, the Ascensor Reina Victoria (Queen Victoria Funicular) is located in the community established by British immigrants.  On the Wally tour, we rode this ascensor and then walked up and down narrow staircases, passing vibrant walls covered in artwork and graffiti. It was phenomenal.

After the tour, I relaxed at my hostel for a while before going to dinner, which turned out to be one of my favorite meals on my whole South American adventure.  I went to Fauna per the hostel’s recommendation, and it was obviously geared for tourists but the view was amazing.  I was very lucky- originally I was seated in the main dining area, but the host moved me to an outside table where I had a front-row seat for the sunset over the city.  The food and wine were great, and not as expensive as I expected.  I took my time and fully enjoyed my meal, and forced myself to take in the moment and stayed for another glass of wine after dinner.  While I don’t mind eating alone, I typically gravitate toward a bar seat, and when I’m seated at an actual table I have a tendency to rush myself.  This habit was very hard to ignore during my dinner at Fauna but I forced myself to linger.  When else would I have an opportunity to watch the sun set over such a magnificent view?  That night, I finally allowed myself to relax and live in the moment, and it was one of the best nights of my trip.

The next morning I started out early, with no plans other than walking around the city at my leisure.  An early start was great for taking photos; I had most of the famous sites to myself.  I stopped by the piano stairs (a must in Valparaiso), took photos at the “We are not hippies we are happies” mural, and discovered more street art everywhere I looked.  Eventually I wandered uphill from the harbor through Cerro Concepcion, and then walked all the way to La Sebastiana- Pablo Neruda’s Valparaiso house.  I continued my stroll through the city for most of the day, and spent a large chunk of time just relaxing on a bench, eating ice cream and overlooking the water. 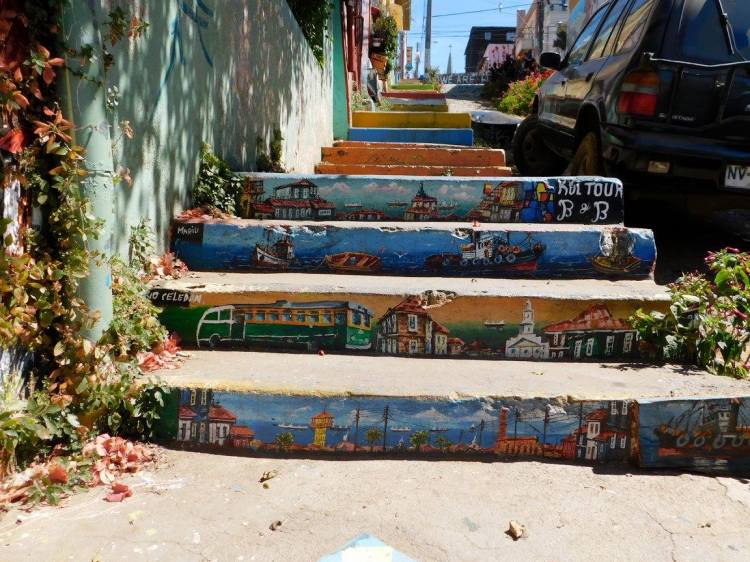 After overloading my days in Santiago, allowing myself time to rest and relax was just what I needed in Valparaiso.  Looking back, my only wish is that I had spent more time in this colorful port city.  In hindsight I would have spent one less day in Santiago and used it in Valparaiso.  Regardless, even though I was only there for a few days I absorbed the laid-back vibe and let it set the pace for the rest of my trip.  It’s like I finally let go of the many months of planning and preparations.  I was there; the only thing on my to-do list was to be there. 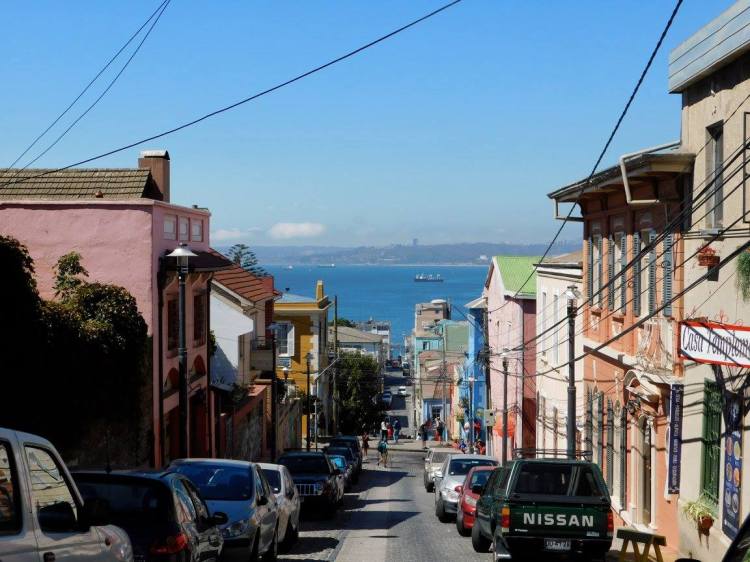 Have you ever been to Valparaiso?  Have you ever spent a day just walking around a new city?  What is your favorite meal that you’ve enjoyed on a trip?

2 thoughts on “Living a Dream in Valparaiso”